This wiki is your guide to everything related to Quinrose's Heart no Kuni no Alice series.
Anyone can edit the 458 existing articles and create more on this wiki. 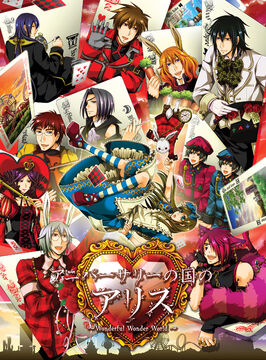 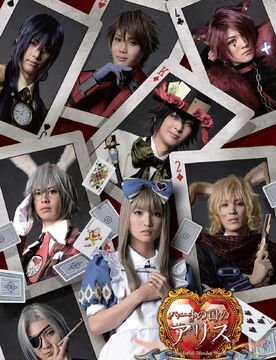 Clover no Kuni no Alice starts on the basis that Alice stayed in Wonderland but didn't fall in love with any of the roleholders. However, she is now good friends with all the roleholders from the Country of Heart. Julius and Gowland have stayed behind in the Country of Hearts and two new roleholders are introduced - Gray Ringmarc and Pierce Villiers .The game begins with Alice finding out that she's now in the Country of Clover due to the 'moving'. In Clover all the roleholders have to attend meetings together, hosted by Nightmare Gottschalk , the lord of the Tower of Clover.. Also, Alice is able to visit the forest where there are marine animals and doors that talk to her.(more...)

Community content is available under CC-BY-SA unless otherwise noted.
Advertisement