Heart no Kuni no Alice

Peter White (ペーター＝ホワイト) is the one responsible for bringing Alice into Wonderland. He loves Alice but hates all the other roleholders. In fact he is a cruel and heartless man, but he acts differently in front of Alice.

Peter has white hair and matching ears atop his head. His eyes are red and are usually hidden behind his round, frame-less glasses. His clothes consist of a pink, ruffle collared button up and a red jacket which is accented by brown trim and white gloves. His tie has a splash of white and blue and a backwards clock design at the bottom of it. Peter's slacks are brown and his shoes are a darker shade of the same color.

His buttons are small clocks designs and he has a white handkerchief in the breast pocket of his jacket.

Peter is usually cold and cruel, not caring about anything or anyone, not showing little emotions. Whenever he's around Alice, he becomes extremely cheerful and lovey-dovey with her. Some of Roleholders are surprised by this sudden change in behavior. He tends to be rather delusional when it comes to Alice's feelings for him. He's also rather germaphobic, often shooting servants who touch him.

Peter is Alice's "Sunday afternoons spent with her older sister." He watched her from a distance, protecting her happy day spent with Lorina. Alice loved her Sunday afternoons, and for this reason Peter believes that she loves him. He is one of those who is "closest to the truth," along with Julius Monrey and Nightmare Gottschalk; if Alice is ever to truly forget her sister, she must forget him, while being around him will make her happy but make it impossible to forget the time spent with her sister.

Alice first meets Peter when he appears in the garden of her home in the form of a small white rabbit. When she refuses to chase him, he assumes human form aside from white rabbit ears, picks her up, and jumps down a hole with her. She refuses to drink the Medicine of the Heart that he says she must take, and after several failed attempts to convince her to drink it, he force feeds it to her mouth-to-mouth. After Julius Monrey shows up, Peter leaves.

As Peter is originally a cold-hearted and cruel person, everyone is shocked that he is so sweet and bubbly around Alice and ONLY Alice. She holds a grudge against him, yet no matter what she does or says, he never stops loving her or treating her well.

Clover no Kuni no Alice

Some part during another love interest's route Peter will stay away from Alice but is still love with her but is torn between keeping her for himself or letting another make her happy.

Joker no Kuni no Alice

Peter is one of the main characters in Joker no Kuni. As Joker tries to wake Alice's lost memories, Peter and Nightmare try to keep them hidden. Peter still loves Alice, but hides it. When Alice starts to fall for Blood, Peter panics, thinking that Blood will awaken her memories. He and Blood form a temporary alliance to protect Alice in the third manga.

Diamond no Kuni no Alice

Alice wakes to find that she has Moved to a new country, one without Peter. She misses him and thinks about him often, comparing the Black Rabbit Sidney to Peter and wondering about Peter. If she decides she cannot stay in this country, she may well return to the White Rabbit.

Peter first appears kidnapping Alice, just like in the manga and the games. He then forces her to drink the medicine and is swiftly punched after by Alice. After he appears in at the ball, yelling at Ace for neglecting his duties before being distracted by Alice, who tells him to do his job. He then engages in a fight with Ace who kidnaps Alice. After the battle he talks to Alice in the courtyard. After this he does not appear. 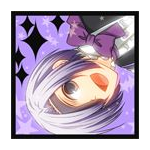 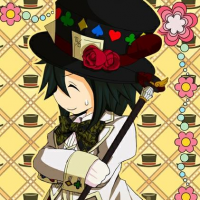 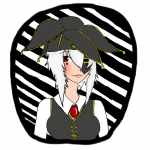 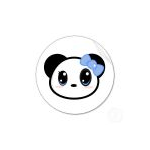